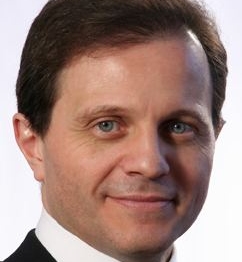 An experienced aesthetic surgeon, Mr. Ion trained in both Europe and the UK. He received his medical degree from the University of Bucharest and started his general and plastic surgical training in Paris where he studied in several prestigious hospitals.

He continued his training in Britain and passed the examinations to become a Fellow of the Royal College of Surgeons (FRCS). His advanced training in plastic, reconstructive and aesthetic surgery was completed in central London plastic surgery units covering all the aspects of the specialty. This training included a fellowship in aesthetic (cosmetic) surgery at The Wellington Hospital in London.

Once his training was complete, Mr. Ion successfully passed both the Intercollegiate Board exam in plastic surgery and the European Board exam in the specialty, and was included on the Register of Medical Specialists of the General Medical Council, under the entry, plastic surgery.

Mr Lucian Ion has published extensively in medical journals and has been invited to lecture and demonstrate at national and international meetings and centres, on topics of aesthetic and plastic surgery.

His other research interests are related to the relatively complex approaches in management of lipodystrophy, a disabling condition affecting face and body.

In 2000 he was appointed to the position of Consultant Plastic Surgeon at the Chelsea and Westminster Hospital, where routinely treated patients for over 12 years.

In July 2012 Mr Ion retired from NHS practice to dedicate his time to aesthetic surgery and associated treatments in full-time private practice.

Mr Lucian Ion has been featured in television documentaries on aesthetic surgery on Discovery Health and Channel 5, and has appeared in print media on topics including facial surgery, rhinoplasty and adopting new technologies in clinical practice.