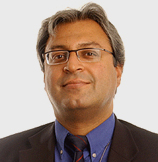 Mr Tariq Ahmad is a Cambridge based consultant plastic surgeon who studied medicine at Oxford and Cambridge Universities. He also spent a period of time as a teacher in anatomy in Cambridge before undertaking general surgery training for the FRCS qualification.

Mr Ahmad went on to specialise in plastic surgery; training in several units including Cambridge, South East Thames and Edinburgh. Along the way he spent some time in research at the world-renowned Medical Research Council in Cambridge.

He trained in the subspecialty of cleft lip and palate surgery in Cambridge, Edinburgh, Billericay and Great Ormond Street Hospitals as well as visiting several units abroad.

Mr Ahmad was appointed to consultant in 1997 and his wide breadth of training allowed him to practice as a Consultant in head & neck cancer, breast reconstruction, hand surgery, skin laser as well as cleft lip & palate. Mr Ahmad was invited to join (and is at present) a primary surgeon with the supraregional cleft team in Cambridge.