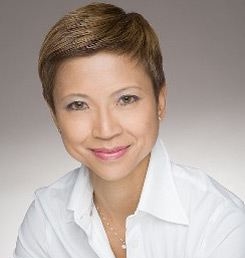 CC Kat is a leading Midlands plastic surgeon specialising in cosmetic and reconstructive surgery. One of the very few female plastic surgeons in the UK, she is in a unique position to offer that professional female perspective and care. As a perfectionist, she believes in achieving the best possible result for every patient.

In April 2012, Birmingham Post named Mrs Kat as one of the top Plastic surgeons in the UK, working in Edgbaston : Birmingham’s Medical Quarter, one of Europe’s premier medical, research and healthcare districts.

CC Kat has a strong regional profile, having been chosen to appear on regional TV news programme Central News for its International Women’s Week special as well as its regional news Midlands Today. Leading local health and beauty magazine, Body Beautiful, regional lifestyle magazine City Living and Midlands radio station, Kerrang, have also featured her. National media coverage includes The Times Magazine, which featured two of her patients for a positive portrayal of patients post cosmetic surgery. Coverage of her breast reconstruction work has also appeared in national broadsheet newspapers including The Independent and The Guardian.

She was appointed as a Consultant Plastic and Reconstructive Surgeon at the University Hospital of Birmingham in October 2000, with a general plastic and breast interest. In April 2003, her NHS breast surgery work led her to develop a similar service at the Heart of England NHS Foundation Trust. In October 2010, Mrs Kat stopped her NHS commitments to dedicate herself fulltime to her Birmingham Skin, Laser and Cosmetic Surgery Clinic.